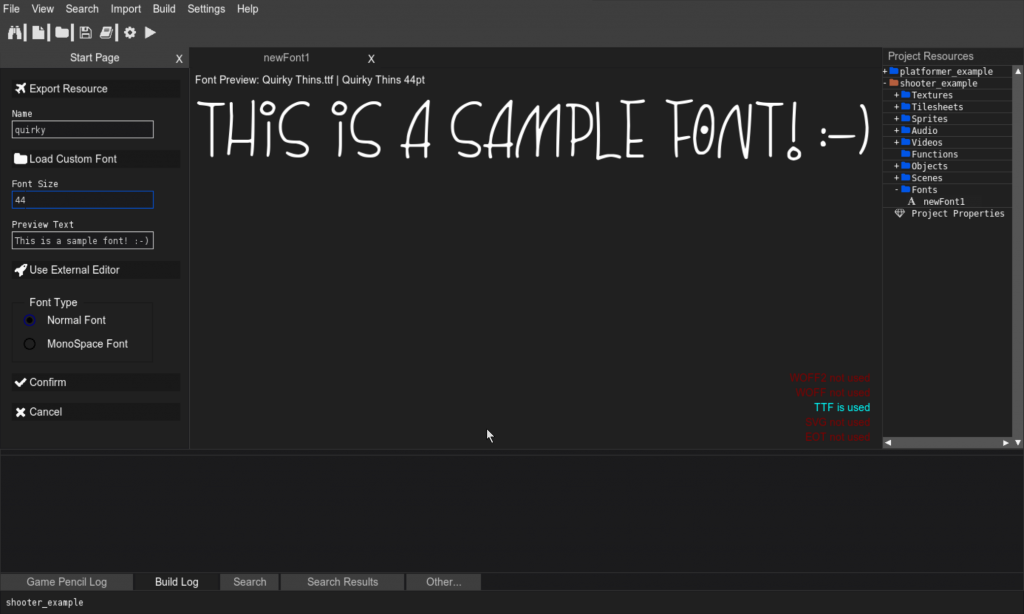 Fonts are often time an overlooked resource in game development. After all you are reading the this page from a key selected amount of fonts to help you read it as easy as possible. Fonts in gaming used to be all rendered via Bitmap techniques. They were essentially a tilesheet of characters.  Some were monospaced(meaning same size for each character), while some were not.   At the moment when using the Font Resource in the editor or engine we use FONT files. The main file types for fonts in modern computing is TTF, SVG, EOT, WOFF and WOFF2.  As of now the editor is only able to render and preview .TTF font files. On export the other files are usable via all projects built via our HTML5 engine tech.

A good font can set the tone of a game, while a bad one can make people question even if it was professionally made. So be wise of which fonts to include in your game. The web has plenty of free fonts with liberal licenses out there. So take your time and get your game text ready.